首頁 - Can Pharmacists Improve Drug Prescribing in the Elderly?

Can Pharmacists Improve Drug Prescribing in the Elderly? 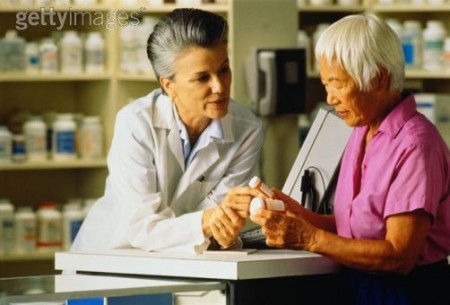 Targeting Suboptimal Prescribing in the Elderly: A Review of the Impact of Pharmacy Services

The objective of this review was to determine the impact of pharmacist interventions on suboptimal prescribing of medication (ie, overuse, misuse, or underuse) in the elderly. Castelino and colleagues searched databases used in several studies published between 1992 and 2008. Inclusion criteria included: patients 65 years of age or older, randomized controlled trials, intervention made by a pharmacist or team with a pharmacist, and assessment of at least 1 outcome measure of suboptimal prescribing. Studies focusing on a single drug or drug class and those that had selected patients based on a specific preexisting condition were excluded.

Twelve studies were reviewed, most of which focused on drug misuse and overuse. The studies used various methods of assessing suboptimal prescribing, both explicit (ie, rigid standards) and implicit (ie, subjective). Several studies used the implicit Medication Appropriateness Index (MAI) to assess prescribing. Nine of the 12 studies demonstrated a statistically significant improvement in prescribing after the pharmacist intervention. Interventions were usually made after medication profile review by a clinical pharmacist or during regimen review by a multidisciplinary team.

The proportion of elderly patients is expected to rise significantly over the next few decades, and this group accounts for at least 30% of prescription medication costs. Pharmacists can significantly improve the appropriateness of prescription drug usage, and literature reviews such as this one can help pharmacists justify their services.

This problem deserves more attention in clinical practice as well. For example, the Beers criteria are often used to identify drugs that can be harmful if used in the elderly. But what about conditions that are undertreated? Clinicians should pay close attention to issues in the elderly, such as adequate pain control and management of hypertension, diabetes, and cardiovascular disease. Unfortunately, these conditions may not be maximally treated due to the belief that patients of a given age require less aggressive treatment.

Thus, pharmacists must also consider what medications may be missing from a given regimen. Is a patient receiving secondary stroke prophylaxis? Is a heart failure patient receiving a beta-blocker or angiotensin-converting enzyme (ACE) inhibitor? Clinical judgment needs to be used when weighing benefits of such things as tight low-density lipoprotein (LDL) control or tight blood pressure control. The evidence base for treatment of such diseases in the elderly is growing to help support these decisions. Trials such as PROSPER and HYVETdemonstrated benefit of treating LDL and blood pressure in the elderly by significantly reducing negative cardiovascular outcomes.